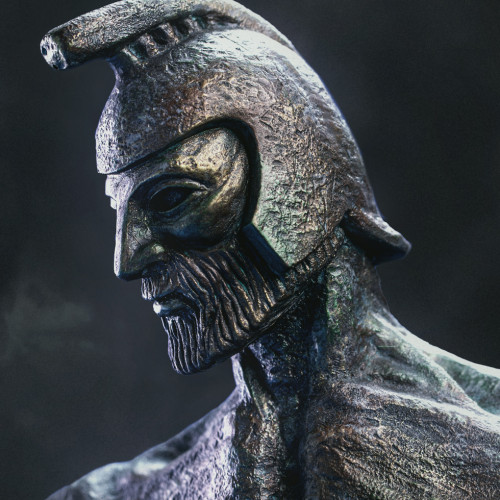 The Greek hero Jason encountered the giant Bronze monster Talos when one of his crew stole from the treasure the giant guarded. Chased by the 70-meter-tall giant, Jason’s ship was a plucked from the water by Talos and the sailors had to jump for their lives.

Traditionally sculpted by the artisans of the famed creature shop of Kaibutsuya, this detailed Talos statue is made from soft vinyl and stands 32cm tall. Each piece is hand-painted to look like it has an ancient Bronze finish. He is posed with his sword in one hand and bending over to pull the ship out of the water, the boat is supported by a sculpted water splash.

The Deluxe version of this statue includes a display diorama base with part of the lagoon and the rocks on either side of the channel. It is limited to only 800 pieces worldwide that includes a diorama base.